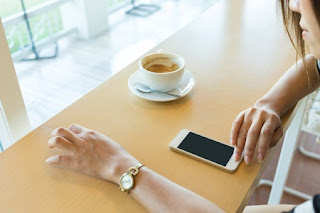 I stared down at the phone in my hands. It seemed like I had been waiting for hours. It had only been ten minutes, it was almost 5:30.
I checked the volume. I turned it off and then back on again. I changed the ring-tone. Five times. Still nothing.
It had now been twelve minutes.
I needed an answer. The test had been positive. What were we going to do?
Maybe he hadn't gotten the message yet? It had gone straight to voice mail.
What a thing to say on voice mail.
“Danny, I'm HIV positive.”
That's all I'd said. My voice hadn't even cracked. In fact, I wasn't upset about the potential death sentence I'd been handed. I'd known since yesterday afternoon, but couldn't bring myself to call my lover until this morning. And now....
I should've told him in person. But I just couldn't face him. I was ashamed even though I'd done nothing wrong.
This didn't happen to people like us. I thought this kind of thing only happened to junkies and promiscuous amorals. Not a committed couple of three years.
We'd always been careful.
I thought for a moment... had he been unfaithful? Was this his fault? Surely it wasn't mine.
I'd only been with two other men in my entire life. But what about Dan? Somewhere deep inside me, I blamed him. Yes, it was his fault... it had to be. He had been with a lot of women before me. He had used drugs. He was... well he used to be one of those promiscuous amorals. I thought he had changed.
Still the phone didn't ring.
I laid it face down on the table in front of me. I sipped my latte and tears began forming in my eyes.
I didn't want to cry. Certainly not in a busy coffee shop.
I swallowed back my pain. No. I would not do this. There was no point in getting upset. There was nothing to be done now. And the doctor had said that with proper care, my prognosis was good. It wasn't like in the 80s; there had been quite a few medical advances, and I could live a long healthy life. As long as I followed a certain protocol.
The words echoed inside my head. “Certain protocol”.
If Danny had followed a certain protocol I wouldn't have this dread disease.
Suddenly I didn't want him to call and I wished I'd never called him. But I had been specifically instructed to inform anyone I'd had intimate contact with in the past ten years. I was thankful I'd only had to make one call.
It had been fifteen minutes.
He wasn't going to call me. How could this even be happening?
My life was coming apart at the seams because of sex. And carelessness. Oh god how would I tell my parents? My family? What had I done to deserve this?
My heart beat wildly inside my chest and my brain was swimming. I needed something stronger than a latte. I put ten dollars on the table and got up to leave. There was a liquor store around the corner.
Nausea swept over me and I felt faint. The room began to go dark... I was falling; then I felt my head crack against the tile floor.
My eyes fluttered and there was blood everywhere. And people.... they were scrambling around me.
I screamed at them not to touch me. I squinted and strained to see the huge white clock on the wall. It was ten minutes til six. I began to convulse and then everything went black again as my phone vibrated in my hand and my new ring-tone played. Mad World; it certainly was.
My last thought was of Danny and how much I had loved him. I wondered if he was finally calling me back. I'd never know.